NFTs in Afflantium are your Digital Property

First of all, let’s understand what is an NFT. According to the actual definition: NFT – nonfungible tokens – is a unit of data stored on a digital ledger, called a blockchain, that certifies a digital asset to be unique and therefore not interchangeable. NFTs can be used to represent items such as photos, videos, audio, and other types of digital files.

I think you guys have seen NFT many times before. Usually, they are just pictures, gifs, and small videos.
The proof that you are the owner of this particular NFT is recorded in the blockchain.

I think you get the main idea, now, let’s see what is NFT in Afflantium. Why do you need them and what is their actual value.

So, NFT in Afflantium – is the most real digital property, and this is important. Meaning it’s not just some pretty picture or a video. It is something that has value due to its qualities, its functionality in-game, and its connection with the Afflantium (AFFL) and economy tokens – which you will learn about later on.

We call NFT in Afflantium various artifacts, in-game objects, land, and just about anything that can be owned and the proof of ownership can be recorded on the blockchain.

The definition of Digital Property – indicates that NFT possesses any kind of value which can be expressed in monetary terms. For example, an artifact that slows down other players around you – is an NFT since its proof of ownership is recorded on the blockchain. This artifact is also digital property, as it is clearly a valuable artifact that can have a high price.

So what can you do with NFT’s?

1.1 Let’s take for example body armor.
If you own it, then you can wear it in-game and it can give you certain attributes.

1.2 Or take for example an artifact that slows down other players in your vicinity. You can use it in-game when it suits your needs. When – it is up to you.

1.3 Or an artifact that allows you to cross over between worlds.

1.4 And an artifact that gives you the opportunity to receive a gift once a year in real life.

As you can see, there’s a vast amount of applicable options.
There will be several ten thousand NFT’s in Afflantium.

2. If you own land or real estate, you can either sell it or rent it for passive income in the form of economy Tokens, and exchange them for different tokens.

3. Perhaps this one is the most interesting for some of you.
Owning a certain NFT gives you the right to receive the Afflantium Governance Token – $AFFL.

You will learn more about it in the video about tokens. 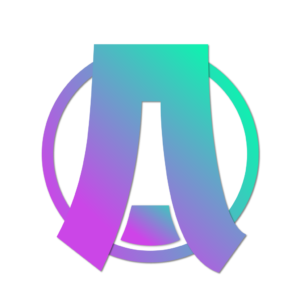